Major Fires In the UK Since June 2019

There have been a very worrying number of recent fires. This is the background to how we got where we are.

In 1956 the government passed the Housing Finance Act which paved the way for high rise housing by only paying local authority subsidies for blocks of flats of 4 floors and over. The higher the block the more money the LA got. Later in 1962 under Sir Keith Joseph MP and Minister of Housing the government was to pave the way for LPS building. There were no national regulations covering these new methods of construction.

To plug the gap on fire precautions, in 1962 BSCP CP3 Chapter IV Part 1: "Fire Precautions in blocks of flats and maisonettes above 80 feet in height” was published. This was because in an era of new high rise housing in the shape of tower blocks & slab blocks being built, there were no national building regulations for England & Wales, only the “Model Byelaws” made under the Public Health Acts. An example: the 1940 Model Byelaws were made under the 1936 Public Health Act. As they were concerned with public health, fire precautions did not feature. National building regulations only came into force in 1965 with the creation of the GLC.

The only authority with any regulations covering high rise and large internal volume buildings (warehouse class) was the LCC with s20 of the London Building Acts (Amendment) Act 1939. This was enforced jointly from 1 January 1940 by the District Surveyor until Thatcher abolished the GLC on 31 March 1986 and the London FB part until 9 Jan 2013 - five days before the Lakanal Inquest started. Its repeal in 2013 may have had some bearing on the firefighter’s lift not working on the day of the Lakanal fire. If it was repealed no one could ask awkward questions. The firefighter’s lift didn’t work in Grenfell either. This caused delays in both fires.

CP3 1962 introduced the stay put policy. Both codes were chaired by George Fairweather FRIBA who I worked closely with from 1961 onwards. Stay put requires reconsideration now, due to the speed a timber frame fire develops and the unchecked nature of alterations which often nullify the one hour fire protection surrounding a flat.

During the 1960s new materials like foam were used in furniture. Plastic and polystyrene were widely used in construction and furniture. They burned readily. Then a series of major fires culminating in the Rose & Crown Hotel fire in Saffron Walden in which 11 people died on Boxing Day 1969 forced a massive rethink.

There was still sufficient authority in 1971 in the professions and local authorities and bodies like the fire brigade to have a total overhaul of the existing legislation. It should be remembered this was only a short time after Aberfan and Ronan Point.

In 1971 a new CP3 was introduced and Fairweather also chaired this. This reduced the height from 80 feet to everything above TWO STOREYS in BSCP CP3: Chapter IV: Part 1: 1971 “Precautions against fire: Part 1. Flats and maisonettes (in blocks over two storeys). This also led to changes in the building regulations. If you wanted to extend into roof space in a two storey house and provide new bedrooms, the main staircase leading up had to have a one hour enclosure and all doors leading to the stair had to be self-closing 30 minute fire doors. This included bedroom doors.

In 1971 the Fire Precautions Act became law, introducing Fire Certificates for the first time. These were retrospective. However, they were never applied to blocks of flats even though s3 of the Act could have applied because it covered blocks of flats. It was never enacted. The FP Act 1971 was repealed by the FSO 2005.

On 1 April 1970 the 5th Amendment to the building regulations became law. This related to progressive collapse and was aimed to prevent another Ronan Point. Grenfell is a 5th Amendment structure. That’s why it did not collapse in the fire.

We have now reached a similar fork in the road, in fire safety, to that reached with the Rose & Crown fire in 1969.

I think we should go back to the old standards of BSCP3 Chapter IV Part 1 (1971) which brought the height down to everything over 2 storeys from the former 80 feet of BSCP3 (1962).

In Wales these buildings would all require sprinklers. They would at least prevent flashover if the fire started in a room.

Since June there have been major fires in the following buildings leading to total destruction and loss, or major damage to the building:

I don’t know construction of the school but the other 8 are timber frame.

The costs of each fire are enormous. They include:

4 Loss of all belongings

6 Effect on local shops and businesses

7 Cost to fire and rescue services - FB, ambulance and police

9 Cost of sorting out blame

11 Cost of treating millions of gallons of drinking water used to put the fire out.

In 2010 I represented RIBA at a GLA Investigation into High Rise and Timber Frame fires. Other Speakers were Ron Dobson Fire Commissioner for London, another senior woman firefighter (Dany Cotton?), Paul Everall Local Authority Building Control and Geoff Arnold CEO of the UKTFA now STA. There was someone else from CITB but I can’t remember his name.

There was considerable discussion about fires in timber frame. Geoff Arnold CEO of UKTFA was adamant that fires in TF only occur in buildings under construction. His view was they never happened in finished buildings.

A number of serious fires were mentioned including the very serious fires at Hendon Aerodrome Colindale, involving a number of buildings from Middlesex University Halls of Residence to the Police Training College. Another major fire had happened in Carisbrooke Gardens in Peckham on 27 November 2009. This fire destroyed the TF block under construction, an occupied block of flats and a brick built corner pub both of which were destroyed as was part of the North Peckham Estate. In both cases radiated heat set fire to cars and the Peckham fire destroyed the road surface and trees.

The Golden Thread linking these fires is they are all constructed of, or have a heavy reliance on, timber frame.

None of them were fitted with sprinklers.

Luckily no one died in these fires.

To our followers, Since March 2020, the pandemic has re-shaped all of our lives. At Tower Blocks UK, we've celebrated successes, such as the launch of FixMyBlock: an online guide to housing rights for 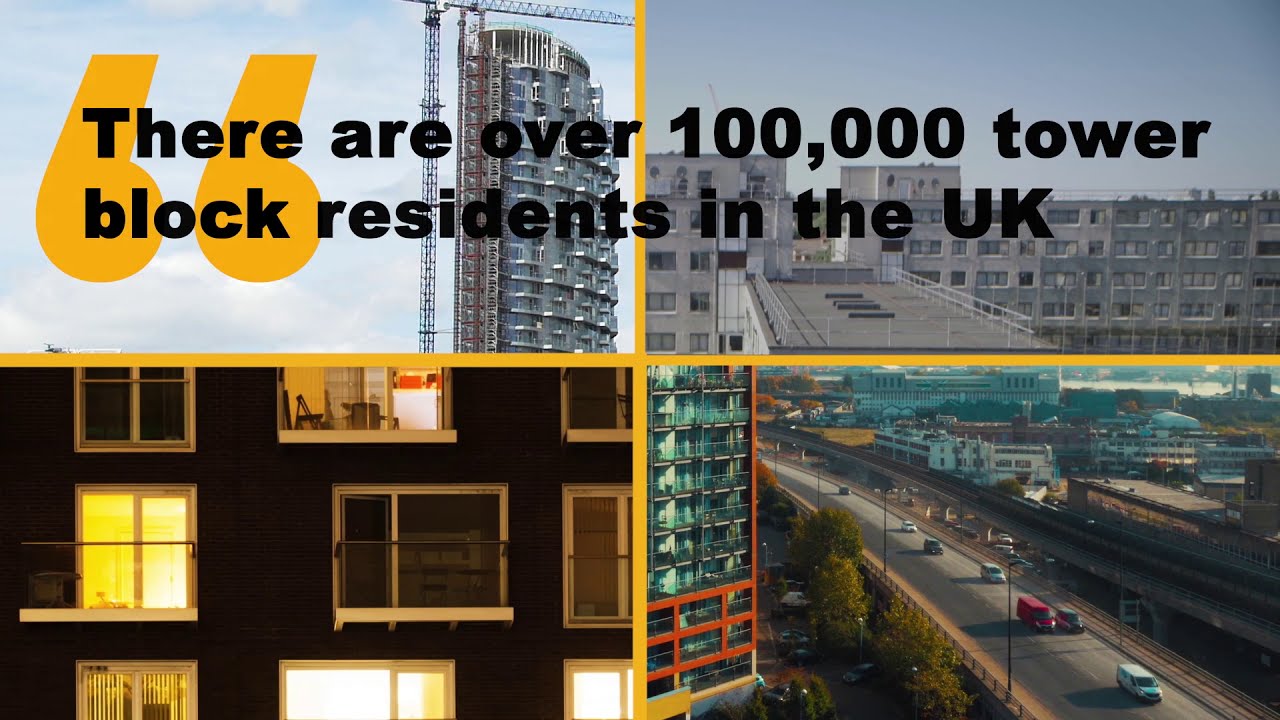 3 Years On: No Lessons Learned

A message to Southwark Council - Do not compound the Covid-19 risk!