In submitting this ‘blog’ to Tower Block UK’s website, I wish to congratulate you on the vital work you are doing in assembling a focal point for those needing advice and information about fire safety as it affects this specific type of Risk.

I am the Chairman of the All-Party Parliamentary Fire Safety & Rescue Group. Over the years there has been a common view from Government (of whatever Party) that the shift to preventive activity, which fire and rescue services had embraced around the turn of the century, had paid dividends. Deaths and injuries had fallen by around 60% and calls to Fire & Rescue Services were down by a similar number.

Ministers and civil servants fielded very few questions about fire and as far as Whitehall was concerned, it was “JOB DONE”.

However, the last review of Building Regulations in relation to Fire Safety was in 2006 (thirteen years ago) and Government’s focus on removing the burden of ‘red tape’ predominated over keeping a ‘watchful eye’ on the quietly developing modern methods of construction and materials being increasingly used in the UK’s Built Environment, which had changed unrecognisably since 2006.

Lakanal House Tower Block Fire in 2009, and the resulting Coroner’s Inquest in 2013, ought to have been the ‘wakeup call’ that things were going wrong. There had been previous fires in high rise flats in Ayr, in Merseyside and in Hertfordshire giving strong warnings that external fire spread in tall buildings where people lived and slept, needed to be addressed.

The significance of the Coroner’s Rule 43 letter to the Secretary of State in March 2013, cannot be overstated given where we are now. (six years after the Lakanal House Inquest and over two years since the catastrophic Grenfell Tower Fire).

The All-Party Group, the Coroner and the general public was promised by the then Secretary of State, a Review of the Fire safety Guidance in Approved Document B to the Building Regulations, which would be completed in 2016/17 - and which still hasn’t commenced.

After Grenfell, the current Secretary of State is following a process of ‘consult, report, review’, but to many on the All-Party Group, and the general public, the need for immediate action in some areas is both urgent and obvious. (especially where the evidence is clear). To his credit, the Secretary of State placed a ‘ban’ on the use of combustible materials on the external walls of buildings in scope, but still permits such use on the external walls of high risk buildings under 18m in height!

The devastating spread of fire at the recent flats in Barking where timber balconies were ignited reportedly by the use of a barbecue, is further evidence, adding more urgency to this issue, along with yet another complication of an open sided car park built immediately underneath these flats.

There is clear evidence also for the retrofitting of automatic fire sprinkler protection in Tower Blocks, and indeed in other high risk buildings. The Lakanal House Coroner asked the former Secretary of State to: “encourage social housing providers to consider the retrofitting of sprinklers in such Tower Blocks”, but no such encouragement was given. The National Fire Chiefs Council has recently assembled Five years of evidence of real fires in the UK where automatic sprinklers were installed, and where they either extinguished or controlled the fire on 99.5% of occasions. (100% in Flats). This work was independently validated and twice submitted to Government by the NFCC, but still not acted upon.

It is difficult for anybody on the APPG to understand why we need to wait for a further consultation exercise on the safety benefits of sprinklers, when we already have the answer which is a view shared by the NFCC – RIBA – RICS – CIOB – LFB – Fire Sector Federation – FBU – ABI – FIA? The Secretary of State has publicly said that he will not hesitate to act, where he considers it appropriate, and here is the most conclusive example of such a decision needing to be taken.

What more should we do to make sure that we don’t lose another life in a tall block of flats? A ban on single staircases as the sole means of escape for buildings in excess of 18m seems to be an easy ‘win’ to the APPG. (There would be few who could argue with this)

A further measure needing to be taken without going into the lengthy discussions about the ‘stay put’ policy – when fire breaks out and behaves in a manner we cannot predict, or burns out of control – we need a means of staging either a full scale or limited evacuation of buildings. The use of multi sensor detectors and programmable systems exists already – we just need to ensure that trade certification bodies and government actually endorses it.

Finally the biggest challenge Dame Judith Hackitt gave the fire sector was around the subject of competence. The work currently being done feeds well into the work of the Hackitt Review’s Industry Response Group, and the Construction Industry Council led initiatives on competence. Unfortunately this will take years before it has a meaningful effect! What is needed urgently is the mandatory and wholesale introduction of Third Party Accreditation of products, systems, and installers of fire safety systems.

(The All-Party Group is made up of thirty seven members (MP’s and Peers) representing all of the political parties in Government, giving a balance to its decision making. There are three former Fire Ministers on the Group together with a former Building Regulations Minister, and two former serving fire officers). 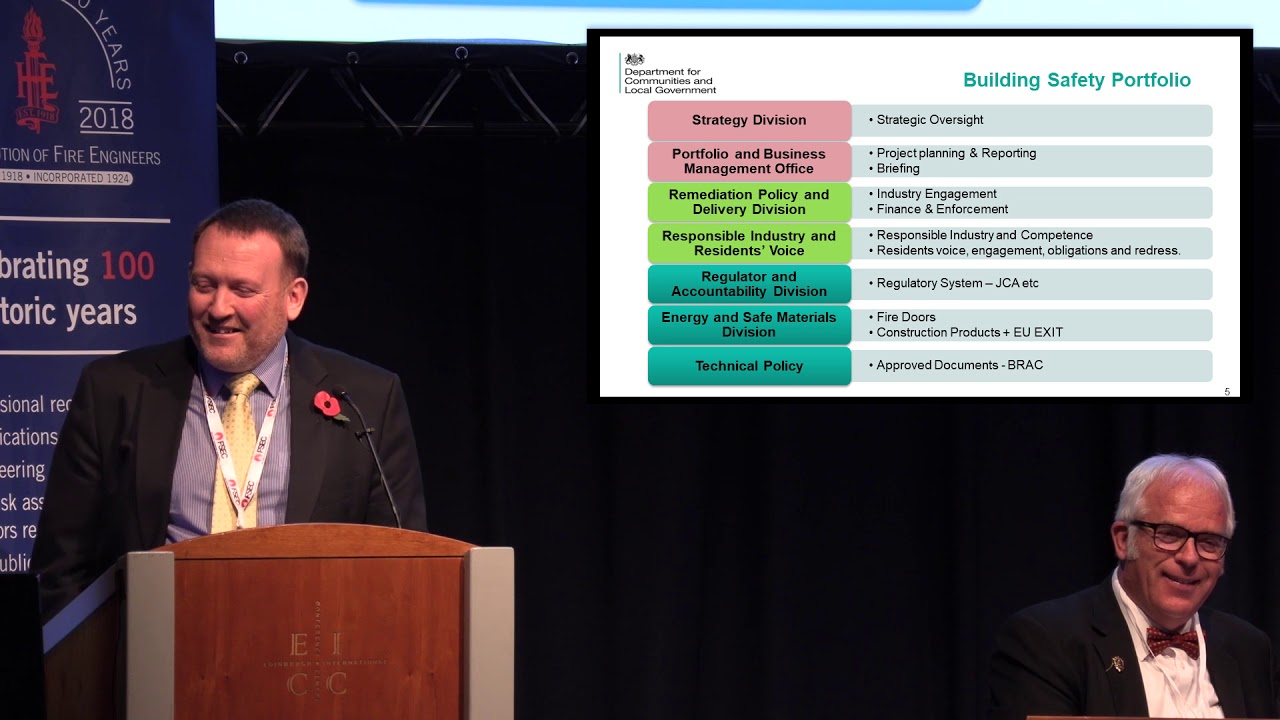